Used Audi A4 Spares For Sale

Audi A4 Parts For Sale

We offer a full range of used Audi A4 spares and replacement parts for anybody driving on the South African roads. We’ll source the spares that you urgently need, no matter the model of Audi you drive! Contact us today and our friendly part department will be happy to help you!

About The Audi A4 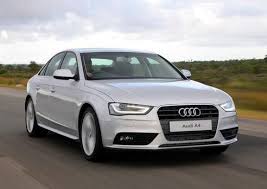 Audi A4 – a middle class passenger car produced by the German brand Audi since 1994. The fifth generation of the vehicle has been produced since 2015.

A novelty was the use of the Tiptronic gearbox , which allowed the selection of manual or automatic mode.

This year, Audi also released a limited version of the B5 STW with the AZK engine (1.8t 240HP) released in an amount of 55 pieces for Germany and Japan. They were all silver with a black interior. The interior has been modified, wooden decors have been replaced with carbon S4. The usual black gear knob has been replaced with a brushed aluminum knob. From the outside, a characteristic STW addition was added (the STW rieger manufactures the replica) modeled on the track version assembled in 1995. The car underwent a number of mechanical modifications. From 0-100 km / h the car accelerated in 6 seconds. Vmax: 246km / h. The Audi S4 B5 was first presented at the International Motor Show from September 11 to 21, 1997 in Frankfurt.

In 1999, the Audi A4 underwent a second and much larger facelift this time. The production period of the 1999 model continued after maintenance of the model from February 1, 1999 to June 30, 1999. Chassis numbers: 8D-X-200001 to 8D-X-400000. This year, the equipment was mixed due to the engine options with the equipment from the first lift. There was an alternating counter with an analogue clock and a digital one depending on the engine code. The analog counter was used with units from previous years, e.g. AFN / AHU (1.9TDI), the counter from full lifts went only to the units that premiered with the second lift, the differences were mainly in electronics (CAN bus) and changed oil level sensor support . The novelty was also indicating an open door at the so-called full FIS in the meter.

In 2000, the model underwent another modernization, only new engine units that were not available before were sold (some of them were rejuvenated in terms of electronics), each car was supported on the CAN bus (ECU can be edited using a diagnostic cable). The most important changes are the counter with white backlight, replacement of RNS-C with newer RNS-D (DX) and introduction of BNS-3 (previously BNS-1). The S4 introduces optional symmetrical aluminum (chrome) mirror housings. This year, new equipment packages Pro Line Sport (1/2000) and Pro Line Style (from 1/2000) were introduced. In 2001, the changes are minimal and mainly concern the equipment available as standard, the equipment packages combine into one Proffesional Line with the characteristic emblem of a red horizontal line, and in the case of unit 1, 8T letter T in red. The package is characterized by the equipment: characteristic upholstery, half leather in sport and recaro versions, suspension reduced by 20mm, aluminum decorative strips, black headlining so far only available in S4 / RS4. 17 inch rims and white meter discs.

In the plebiscite for the European Car of the Year 1996 the model took the 3rd position (after Fiat Bravo / Brava and Peugeot 406).

The vehicle marked with the factory code B6 was based on the new PL46 floor plate. In addition to the body, the interior was also enlarged by a few centimeters, the handling and comfort were improved thanks to the use of a new suspension made of aluminum . The standard equipment included, among others ESP, brake servo and side airbags.

In 2001 a new version of Avant was introduced to the market, and in 2002 the Audi A4 with FSI engines and the convertible version with an automatically folded canvas roof was replaced, which replaced the Audi Cabriolet . A new version of the S4 with a 348 hp V8 engine was also offered.

The Audi A4 III was presented for the first time in autumn 2004.

De facto, this is not a completely new model, but only a deeply modernized second generation, which means that the A4 III was also built on the PL46 floor plate. Despite this, the car received the factory code B7 . The differences relate to the improved styling, the available range of engines, as well as modifications to the electrical installation and electronics.

2.0 TFSI and 3.2 FSI engines as well as TDI diesel engines 2.0 and 3.0 appeared in modernized versions. Soon a 2.7 TDI unit joined this group, which replaced its 2.5-liter counterpart.

The Audi A4 IV was presented for the first time in September 2007.

The car is marked with the factory code B8 . The premiere took place during the 2007 International Motor Show in Frankfurt . The station wagon version was presented a year later at the Geneva exhibition . The sport version of S4 has been available since 2009. In 2011, the car underwent a face lifting . The Allroad version was introduced to the offer in the same year . In 2012, the sport version of the model – RS4 appeared on the market, offered only as Avant.

The locally produced A4L version with a 60mm wheelbase extension has been offered on the Chinese market since 2009.

The B8 model is built on the basis of the modular longitudinal body structure concept used by Audi for cars with an elongated engine.

The engines used were as before with direct fuel injection marked as TFSI or FSI or TDI respectively, namely:

gasoline engines, all with 4 valves per cylinder
the basic unit is the new design of the 4-cylinder turbocharged in-line engine 1.8 TFSI with 120 HP and its more powerful version, initially 160 HP, later increased to 170 HP, in which the new camshaft drive chain design
180 hp 4-cylinder in-line engine, 211 hp reinforced version with quattro 4 wheel drive. In 2013, it underwent a redesign and since then its power has increased to 225 hp
6-cylinder 3.0 TFSI unit with 272 HP and its 333 HP version mounted on the S4 model. Both available in conjunction with quattro four-wheel drive
The improved 3.2 V6 FSI engine with 265 HP, which uses, among others, the variable valve lift system Audi valvelift and slightly increased the diameter of the cylinders, which resulted in a power increase of only 10 HP, but a maximum torque of 330 Nm in the range from 3000 to 5000 revolutions per minute, mounted only with quattro 4 wheel drive
the supertop version is the RS4 model with the V8 4.2 FSI engine with 450 HP and quattro all-wheel drive
TDI diesel engines fitted as standard with a particulate filter in the exhaust system, 4 valves per cylinder
At the beginning of 2014, the engine range offered at the Audi A4 was enriched with a new 2.0 TDI ultra power unit with 100 kW (136 hp), 120 kW (163 hp) or 140 kW (190 hp). The term “ultra” means exemplary, sustainable mobility with full possibilities of everyday use. Fuel consumption of such a unit in mixed driving from 3.9 to 4.6 l per 100 km, carbon dioxide emissions from 104 to 119 g per km.
120 TD 2.0 unit,
2.0 TDI four-cylinder in-line diesel engine (143 hp) with an improved common rail fuel injection system , and its more powerful 177 hp version,
new six-cylinder engine in the V 3.0 TDI system developing 204 HP with front-wheel drive and 240HP power, and in newer years 245 HP with quattro 4-wheel drive

There are four gearboxes to choose from: a new 6-speed manual and three automatic transmissions: the Multitronic continuously variable transmission with front-wheel drive and an S-tronic or Tiptronic transmission combined with a quattro drive.

The fifth generation A4 marked with the symbol B9 was presented in June 2015, while the world public premiere was presented in autumn in Frankfurt. The car was designed from scratch, although its silhouette has a similar shape and similar arrangement, e.g. lamps or window line. A4 V has grown, but at the same time the curb weight has dropped, depending on the version, by up to 120 kg. The body was refined for air resistance.

The new A4 and A4 Avant generation will initially be equipped with one of seven engines: three TFSI and four TDI (with four and six cylinders). The engines are more powerful than before, but they are supposed to use less fuel.

The sporting version of S4 was also shown for the first time at the Frankfurt salon. The car is powered by a supercharged 3.0 V6 TFSI engine with 354 HP.

In May 2019, Audi presented the A4 V after thorough modernization. Most body panels have been changed. A new front appeared with the remodeled shape of the headlights and the shape of the grill was changed, just like other new models of the brand. The shape of the rear lamps was also changed, which was joined by a chrome crossbar, and new creases appeared on the side line of the vehicle. The modernized model went on sale in autumn 2019.

Sell Your Audi A4 For Parts!

Are you looking for that hard to find A4 Audi part? Or perhaps you just would like to see what it would cost to replace your motor? Whatever you need when it comes to your Audi, this website will help you find parts for your vehicle quickly and easily.

We are connected to a large network of Audi Scrap Yards in South Africa. Why call each dismantler separately? We will save you an immense amount of time! Also don’t forget you may choose the best price from the quotes that you receive from our multiple suppliers. 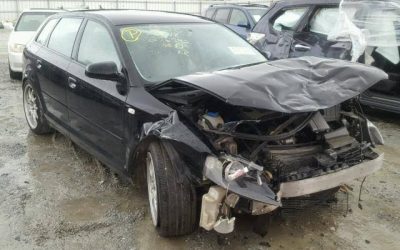 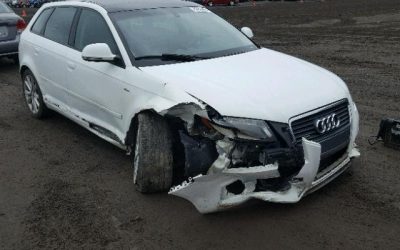